Football News Scotch on the rocks 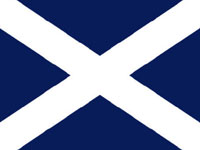 Dundee United boss Levein, who cannot be killed by man of woman borne, has been installed as favourite to replace Burley who was tragically slain by the SFA (Super Furry Animals) following a reign of three victories in 14 games.

Whoever takes over faces the unenviable task of trying to somehow match Burley’s record using the same bunch of talentless feckers who got hammered by Norway a couple of months ago. Good luck with that.

“We now have four months until our next scheduled match, against Czech Republic, and will therefore utilise the intervening period to ensure we attract the best possible replacement to take Scotland forward,” said Super Furry Animal chief executive Gordon Smith.

“The decision was taken after a meeting with the board of directors and, subsequently, the national coach.

“The board was in unanimous agreement. It should be stressed that the decision was not a direct consequence of Saturday’s unacceptable 3-0 defeat to Wales but, rather, a realisation that the expectations of the supporters, the Scottish FA and George, himself, were not being met.

“I should point out that the Scottish FA stands by its decision to give the national coach our full support despite failure to qualify for the World Cup play-offs. It would have been negligent not to have given George every opportunity to rebuild and revitalise the squad in light of the improved performances in the last two qualifiers against Macedonia and Holland.

“Unfortunately, the adverse results in the two subsequent friendly matches against Japan and Wales provided confirmation that the improvement could not be sustained.

“On a personal note, I would like to thank George for his contribution and, on behalf of the Scottish FA, I wish him all the best for the future.”

An appointment is expected to be made by February.