For sports fans, when a football match gets postponed, or their favourite team loses, there can be a real need to put things right in the virtual world with a game or two. Some gamers’ preference is for sports games too. It’s a hugely entertaining and fun genre in the gaming space, with a range of truly iconic releases over the years.

Thanks to the advancements made in our smartphone devices, these types of games are now easily accessible on a mobile phone. In fact, smartphone gaming, in general, has shown dramatic improvements in recent times, largely down to the powerful and sophisticated smartphones we all have access to today. As a result, the offering in this space has improved dramatically. Games developers have been able to bring us augmented reality titles like Pokemon Go, classic online slot games like Starburst have risen to prominence, so too has a range of console-quality releases such as Fortnite. This all accompanies the brain training and puzzle games people can’t seem to get enough of either. For sports fans, there is an extensive selection of titles worth sampling also.

In case you’re keen to add a few sports games to your smartphone device, here is a look at five of the best games right now. All of the titles featured are available for download on both iOS and android unless stated otherwise.

Regarded by many as being the best basketball game on mobile, NBA 2K Mobile Basketball is a great option for fans of the sport. The gameplay is impressive for a mobile title, thanks to its 2K graphics. You can collect your favourite NBA stars, learn new skills as you advance through the game, and enjoy what is a brilliant basketball game.

Ever wondered what it’s like to manage a dressing room full of temperamental footballers or wanted to silence the typically aggressive press after a memorable victory? If so, then Football Manager 2021 Touch is the perfect game for you. The ultimate football management game, you can sign players, choose your team’s tactics, interact with the board, and a whole lot more. The game is known to have one of the deepest databases of any release, leaving managers with plenty of resources in order to get to the very top. Should you fail, though, then you face the chop.

Across between an arcade classic and a sim, Golf Clash is the ideal game for golf fans. With its fun graphics and casual feel, you’ll be immediately drawn into this quirky release, especially if you’re keen to silence your friend with a convincing victory. Yes, that’s right, you can battle against your friends and other players around the world. It isn’t the most graphically advanced release you’ll ever play, but it doesn’t really need to be.

Offering local multiplayer cross-platform play and a truly epic career mode, Table Tennis Touch is the best table tennis game available on mobile at the moment. It’s capable of keeping you entertained for hours on end, especially if you’re keen to take on some of the game’s challenging mini-games. If you’ve been searching for a table tennis game to play, then look no further than Table Tennis Touch.

A truly iconic football game in its own right, FIFA is now available on mobile. The gameplay graphics are superb, and you can play with your favourite teams and players, take on friends and family, enjoy a tense career mode, and a whole lot more. FIFA Mobile is well worth downloading. 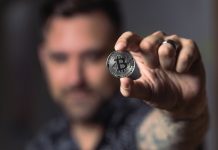 The Advantages of Betting on Football with Bitcoin 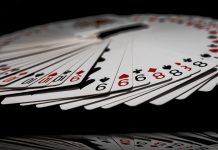 Guide to Determine the Best Odds for to Bet on